This article is based on a paper, summarising many years of research, published in the International Journal of Dairy Technology. The paper “Mullan, W.M.A. (2000). Causes and control of early gas production in Cheddar cheese. International Journal of Dairy Technology. 53, 63-68” can be downloaded from the Wiley Interscience website. Since then the author has continued to work in this area and in particular with major Cheddar cheese manufacturers in the US. This newer work is not discussed in this article.

Currently many cheesemaking plants are experiencing open texture problems including unwanted slits/cracks in cheese due to unwanted gas production. Some of these problems are caused by the growth of thermophilic / thermoduric lactic acid bacteria in biofilms in pasteurizers. Normal caustic cleaning will not eliminate these and enhanced cleaning and sanitation procedures are required.  While this contribution may not specifically deal with these problems this area can be discussed further in the forums.

Characteristics - Saras del Fèn is a ripened ricotta cheese produced from a mixture of goats’, ewes’ and cows’ milk. The cheese is egg-shaped with a weight of 500-1500 g. Ripening lasts at least 20 days but can be longer than 1 year. It is wrapped during ripening, following local tradition, in hay characteristic of local alpine high pastures. There is no  crust in the fresh product but ripened products have an elastic crust that is wrinkled, soft, grey with yellow and white highlights. The dough is ivory or yellowish without holes. The texture is soft, elastic and sticky. The odour is fine and delicate in fresh products but strong and persistent in aged products. The taste is mainly sweet and fine but savoury, salty and hot in aged products

This section contains the results of an actual investigation of an apparent reduction in the yield of Cheddar cheese made in October of year X compared with the same month a year previously.

Five  vats of cheese were manufactured in the factory and the milk and cheese were subject to chemical analysis. The samples were analysed at a reputable laboratory.

The following data (Table 1) for milk, cheese and yield (adjusted per 100 kg of milk) were obtained.

Dairy farming in a new environment

Similar to all farmers throughout Europe, Northern Ireland dairy farmers find themselves in a new era in agriculture. This has been fashioned by EU policy seeking both environmental and rural sustainability. Future farm profitability will be dictated by the market place.

Free market economics always seek to maximise returns against the most limiting resource. Therefore milk producers must make decisions on the system and scale of enterprise mix, taking into account what is limiting efficient production on their own farm.

There are two routes to remain competitive, either produce milk cheaper than others or target quality milk for high value markets. For Northern Ireland the first road is not an option due to lack of industry scale. Therefore quality milk must be delivered competitively to the processor who meets customer expectations with profits shared equitably along the supply chain.

By ensuring they are adhering to ethical production systems, farmers allow consumers to enjoy milk or dairy products and the clean and diverse countryside in which it was produced. This policy is essential and can secure an improved and sustainable return from the market place - but there must be trust and true integration within the supply chain.

Following the introduction of milk quotas in 1984 a limit was placed on potential expansion on the majority of dairy farms. However due to a combination of accessibility, profitability and farmer ability the milk quota held on Northern farms has increased by almost 40 per cent over the past 12 years. This, combined to the additional allocation of 1.5 % of milk quota to the UK as part of the Mid Term Review, has ensured a plentiful supply of quota. Current low purchase and lease prices mean that quotas are unlikely to restrict future expansion.

The science and technology of wine making

There is a wide range of alcoholic beverages obtained by the fermentation of sweet liquids (vegetable juices, honey, milk) but the most important are wine, beer and cider. Wine is an alcoholic beverage produced by the fermentation of the juice of fruits, usually grapes, although other fruits such as plum, banana, elderberry or blackcurrant may also be fermented and used to obtain products named "wine". In this short article the word "wine" refers to the product obtained from grapes. This product is probably the most ancient fermented beverage and was mentioned in the Bible and in other documents from Asiatic peoples. Exactly where wine was first made is still unclear. It could have been anywhere in the vast region, stretching from Portugal to Central Asia, where wild grapes grow. However, the first large-scale production of 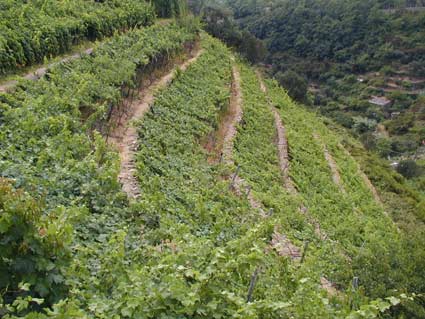 wine must have been where grapes were first domesticated, Southern Caucasus and the Near East. In Egypt, wine played an important role in ancient ceremonies and winemaking scenes are represented on tomb walls. Outside Egypt much of the ancient Middle Eastern peoples preferred beer as a daily drink rather than wine. However, wine was well-know especially near the Mediterranean coast and was used in the rituals of the Jewish people. The Greeks introduced wine to Europe and spread the art of grape-growing and winemaking across the Mediterranean hence modern wine culture probably  derives from the ancient Greeks. Wine

was known to both the Minoan and Mycenaean cultures and referred to as "Juice of the Gods". Dionysus was the Greek god of wine and wine was frequently mentioned in Homer's and Aesop's operas. Many of the grapes grown in Greece are grown nowhere else and are similar or identical to varieties grown in ancient times. Greek wine was widely known and exported throughout the Mediterranean basin, and amphorae for Greek wines have been found extensively in this area.

Converting numbers to scientific notation and back to standard format

This article explains how to convert numbers to scientific notation and back again to standard format. It also contains two calculators that will enable calculations to be checked and that provide feedback on common data entry input errors.

How do you convert numbers to scientific notation?

In mathematics, science and engineering students frequent have to work with very small, e.g. 0.000005, and very large, e.g. 3200000000 numbers. For example, students in microbiology are often required to write the number of colony forming units (CFU)/mL or gram in scientific notation. To avoid dealing with these large and small numbers mathematicians, scientists and engineers have developed a particular way of expressing numbers; this is called scientific notation.

This section is aimed at product development technologists who need to know how to design ice cream or gelato mixes. It should also be of interest to small scale ice cream or gelato manufacturers who want to replace commercial ice cream mixes (bought in mixes) or additives by sourcing their own ingredients and additives. The article provides a basic introduction to the scientific principles involved in producing ice cream or gelato recipes using key product components e.g. fat, solids-not-fat (SNF).

Test your knowledge and understanding of cheese science and technology

Test your knowledge and understanding of cheese science and technology

The questions below have been designed to test knowledge and understanding of cheese science and technology. They are based on an E-book that I will eventually incorporate into the site. In the meantime 'browsers' can test their knowledge and understanding of cheese technology by attempting the questions below. A link to most of the answers is also given at the end of the question section. Professor Arthur Hill's E-book on Cheese is also a major free resource and is available at https://www.uoguelph.ca/foodscience/book-page/cheese-making-technology-ebook .

I would be pleased to receive food science and technology related material that would benefit students and technical people working in the food industry.

Submit articles by Email  to webmaster at this site's URL (dairyscience.info). Please read the following advice before submitting an article. Note advertising without any significant scientific or technical content will not be accepted. I have no problem with company information being provided but articles must contain the underpinning science and technology to justify company information being accepted for publication.

Audience
The Dairy Science and Food Technology website is aimed at both undergraduate and postgraduate students studying dairy and food technology or people working in the food industry.

Please aim the technical/scientific difficult level so that final year 'honours' students should be able to understand what you have written.

Format of contributions
The text should be typed using double spacing. Please use Verdana as the font and a font size of 12. Embed images in your file. Please ensure that no image has a file size greater than 50 kb. Only embed .gif or .jpg/jpeg image files. Please retain the original image files in case these may be required later.

All tables and figures must have a caption and should be understandable without reference to the text; captions at the top for tables and at the bottom for figures or photographs. Additionally the legends for axes must be 'readable' on screen- minimum font size of 12 to be used. You may find the advice in the site links section (see above) useful.