You are here: Home » Ice cream » Start your own ice-cream business

These products are similar but can differ markedly from each other e.g. traditional Italian gelato is significantly different than mass produced, commercial ice cream in Ireland, GB and the US. However, high end artisan produced ice cream made using batch processes can be similar.

Traditional Italian gelato generally contains around 8% milk fat, has a low overrun usually (< 18%) and is served from a cabinet held at around -11°-12°C. The physical properties are usually different.  Because of the higher temperature of storage and the concentration of sugars, gelato is served and eaten in a highly viscous, semi-frozen state. The texture is often described as being smooth and dense. Fruit-flavoured gelato is also characterised by intense natural fruit flavours and is quite sweet although natural fruit-like sour notes may be evident.

Traditional gelato is produced using batch production methods and is generally consumed within a short time from manufacture.

While there are differences between these products the scientific principles that underpin their production are similar and in the articles that follow, I will often use the terms ice cream and gelato interchangeably. Please accept that I do not equate the quality and eating experience of traditional Italian gelato with mass-produced commercial ice cream.

This section is aimed at product development technologists who need to know how to design ice cream or gelato mixes. It should also be of interest to small scale ice cream or gelato manufacturers who want to replace commercial ice cream mixes (bought in mixes) or additives by sourcing their own ingredients and additives. The article provides a basic introduction to the scientific principles involved in producing ice cream or gelato recipes using key product components e.g. fat, solids-not-fat (SNF).

How do you get the sweetness of ice cream or gelato just right?

Ice cream and gelato manufacturers produce products with a range of favours. There are often significant variations in sweetness and hardness between flavours. This article provides an explanation of sweetness, how it is measured and how it can be controlled.

Relative sweetness and the Potere Dolcificante method are discussed and calculations are used to explain the differences. The limitations and disadvantages of using numerical values of sweetness are explained. Since sweetness and hardness are closely related the reader is also referred to the article on controlling hardness or resistance to scooping.

Find out more about the sweetness of ice cream

Why is the freezing curve of an ice cream or gelato mix important?

Freezing curves are useful in developing new ice cream and gelato products and predicting the hardness of the ice cream produced from particular mixes at designated temperatures, including the serving temperature. Curves can also be used to predict sensitivity to heat shock, storage stability and resistance of packaging materials to deformation during distribution and storage.

Perfect ice cream or gelato. Getting the hardness or "scoopability" just right.

In this article we will explore how to use mix composition to control the hardness or "scoopability" of ice cream or gelato. The serving temperature which influences the concentration of ice present will also be considered. The volume of air added during freezing (overrun), the manufacturing process and the concentration and type of emulsifier can also affect hardness.

However, these effects are generally less significant than the concentration of sweeteners used and serving temperature. This article should be read in conjunction with the article on the sweetness of ice cream. A condensed version of this article is available in the Food Science and Technology OnLine Journal (Mullan, 2018).

This article originally had the title "Goldilock's ice cream. Controlling hardness or scoopability." Goldilocks was a character from "Goldilocks and the Three Bears" a British 19th-century fairy tale and I originally thought that everyone would understand if an ice cream was acceptable to Goldilocks it had to be good! I have changed the title to reflect that many readers have not read this fairy tale and I may have been inadvertenly confusing people.

Find out more about the hardness of ice cream

DSFT provides a range of consultancy services to ice cream, gelato, sherbet and sorbet manufacturers. These range from help in formulating recipes, reducing costs by replacing expensive imported additives, problem solving, courses in advanced product manufacture, advice on all aspects of HACCP including process validation, providing assistance in discussions with regulatory authorities to independent audits of plant, process and external advice received. Independent nutritional advice on the manufacture and safety of low or sugar-free gelato and ice cream products is also provided.

We can help with the development and commercial production of soya and dairy-free, high protein ice cream-like products with or without sucrose. There are better options than sorbitol and fructose. Science based advice on describing products intended for consumers with health issues can also be provided.

Despite work undertaken over 20-years ago by researchers in Canada many large scale ice cream producers have limited knowledge of the minimum holding time of ice cream mix processed using HTST or HHST heat-processes. Furthermore many lack the evidence that they meet regulatory requirements for holding time. DFST can use your plant data to calculate average holding time, flow type, minimum residence or holding time, the log reductions of major pathogens and advise on any remedial action required. 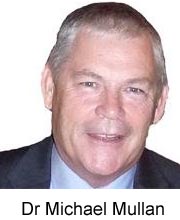 During the development of the Dairy Science and Food Technology ice cream mix calculator for calculating ice cream mix recipes seven packs of spreadsheets were developed and can be downloaded in return for a donation to support the continued development and maintenance of this website. Learn more about the conditions governing use of the spreadsheets prior to making a secure donation.

Because the spreadsheets have been configured to work with particular ingredients e.g. cream and skim milk powder; cream and whole milk powder they (without modification which you are free to do) will only work with the stated ingredients. So please download the correct spreadsheet pack. If in doubt send me an Email or read the additional user instructions.

There are no restrictions on users modifying or customising spreadsheets and some packs contain customised spreadsheets for the most commonly used ingredients e.g. cream, whole milk and skim milk powder. One of the simpler spreadsheets (Pack 2) has been converted to a web page to illustrate how this can be done. Batch sizes can be calculated and "costed", data inputs can easily be validated and alerts can be added e.g. if the MSNF is not optimal or within certain limits or if the fat: sugar ratio exceeds set limits.

Test out an On Line fully working spreadsheet for producing high protein ice cream mixes by going to https://www.dairyscience.info/protein/protein.htm .

Start your own ice-cream business

So you want to start an ice cream and Gelato shop business?

Tutorial. How to calculate the weights of whole milk powder and cream required for an ice cream mix

Users must first log on to the calculator using the user name selected and the password that has been sent to your  Email-address. If you can see the "log on" button as shown in the screen shot below you have not logged in!

Go to the Calculator

How to select and use an ice cream mix spread sheet

The purpose of this article is to help anyone wishing to download an ice cream mix spreadsheet to select the correct spread sheet and to provide some additional information on how to use the spreadsheets.

Small, and even large companies, frequently find it difficult to contact potential new supplier partners.  This is a particular problem for some small companies attempting to get their new business started or wishing to expand.