You are here: Home » Probiotics » Whey, a carrier of probiotics against diarrhoea

Whey, a carrier of probiotics against diarrhoea

"Pro" means "for" or "in favour of," "biotic" means "life." Thus, probiotic means "for/in favour of life." It contrast directly with "anti," "biotic" or "killing life." The Nobel Prize winning Russian scientist Elie Metchnikoff first conceptualised probiotics; defined as viable microorganisms that are beneficial to human health, at the turn of the 20th century. He believed that the fermenting bacillus (now called Lactobacillus bulgaricus) contained in the fermented milk products consumed by Bulgarian peasants positively influenced the micro flora of the colon, thus decreasing toxic microbial activities. Lilly and Stillwell probably first introduced the term “probiotics” in 1965, as growth promoting factors produced by microorganisms. However, the term ‘probiotic’ was popularised by R. Fuller in 1989 and defined as a live microbial feed supplement, which beneficially affects the host by improving its intestinal microbial balance. This definition was later extended to include other beneficial effects such as immunomodulation. There is a popular view that probiotics are the "medicine" of the twenty first century. The World Health Organization (FAO/WHO, 2002) has defined probiotics as live microorganisms, which when administered in adequate amounts confer a health benefit.

An important property of probiotics e.g. certain lactic acid bacteria is their ability to pave their way through the harshness of the stomach and the small intestine, utilising their resistance capability against acid and bile (Servin, 2004). These microbes are considered to improve intestinal microbial balance and partake in normal bacterial-epithelial crosstalk and offer a potential promising approach to the management of intestinal problems caused by stress.

Whey is the major by-product obtained during the preparation of dairy products such as cheese, channa, paneer, and shrikhand. In India, there has been a considerable increase in the production of direct acidified indigenous milk products such as channa resulting in an increased availability of whey (Sukumar, 2002). About 2 million tones of whey, containing about 130,000 tonnes of valuable milk nutrients, are produced annually in India (Khamrui and Rajorhia 1998).

Lactose, the major component of whey, is probably the least valuable component and most difficult to utilise. Lactose comprises about 70% of the total solids of whey (Jelen, 1992).

Whey protein is the name for a mixture of proteins as shown in table 1.

Whey proteins have a biological value (BV), of 100, which is higher than the value for casein, soy protein, beef, or wheat gluten and have a high content of sulfur-containing amino acids such as cysteine and methionine.

Whey is a good source of electrolytes including sodium and potassium, which are required during diarrhoea therapy. Minerals such as calcium, magnesium, and phosphorus are present in solution and also partly bound to proteins. Zinc is present in trace amounts (Zadow, 1992). Lactose also promotes absorption of Mg and Zinc ions, which even in trace amount helps in better diarrhoeal management (Ziegler and Fomon, 1983).

Information about the electrolyte composition of whey is shown in table 2..

Applications of whey in animals for diarrhoea treatment

Whey:  a medium for the production of metabolites

Whey contains a pool of nutrients and growth factors that have the potential stimulate the growth of desirable microorganisms in the intestine.

The major sugar, lactose, is a suitable substrate for acidophilic flora (e.g. lactobacilli) in the intestine that may inhibit the growth of putrefying microorganisms and promote a healthy intestinal flora (Lifran et al., 2000). Lactose and its derivatives have the ability to increase retention of Ca, Mg, P, and Zn ions in humans.

Lactoferrin has exhibited immune-modulating activity through both antimicrobial and antitoxin activity. It may also provide protection against viruses such as hepatitis, cytomegalovirus, and influenza (Harper, 2000). Significant levels of these compounds have shown to survive passage through the stomach and small intestine and to arrive as intact proteins in the large intestine where they exert their biological effects (Warny et al., 1999).

Whey has some distinct advantages in the treatment of diarrhoea due to the presence of amino acids and vitamins, which are lost in deficiency diseases and malnutrition. It has the potential to be processed into an electrolyte beverage for the replacement of the lost minerals (Olson, 2003). Minerals like Ca, P, K, Na and Mg are all present as constituent of whey, which are required for normal health and added supplementation in case of GI disorders.

Whey: a vehicle for probiotics

Lactobacilli and bifidobacteria must have the ability to survive the harsh conditions in the gut if they are to be used as dietary adjuncts in fermented foods (Lankaputra and Shah, 1995). Proteolytic enzyme i.e. pepsin can hydrolyze the proteins of the outer layer of bacterial cells in acidic condition (optimum pH 1.0- 2.5)in the stomach. Moreover, bacteria have cell membranes consisting of lipids and fatty acids that are very susceptible to destruction by bile salts. However, the survival during passage through the GI tract is influenced by the nature of food carrier used for the delivery of probiotic. Whey can protect the cell from reaching the death by increasing the overall pH and inhibiting digestive protease activity (Charteris et al., 1999). 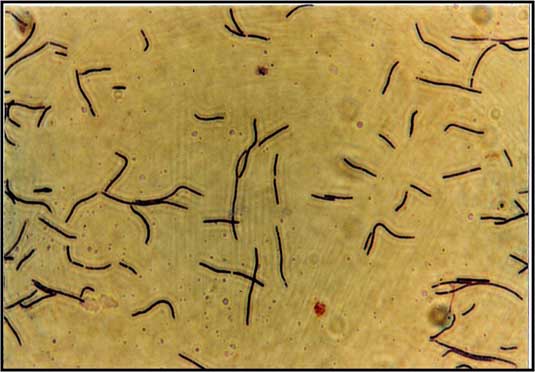 According to Yang and Silva (1995), fermentation is a means of modifying the functional properties of whey to add value.

During fermentation, complex whey nutrients are converted into simpler forms, which can easily be assimilated in the intestine. Fermentation by probiotic bacteria increases the amount of easily digested amino acids, making fermented dairy products a good source of nutrients during diarrhoeal episodes (Hitchins and Mc Donough, 1989).

The metabolic activity of the participating microorganisms results in production of various compounds. Due to the formation of certain acids and flavouring compounds, fermented whey products are more palatable as compared to non-fermented ones.

Organic acids present in fermented dairy products are considered to have an important role in the health benefits. Both fermentation of carbohydrate and protein components give rise to short-chain fatty acids (SCFA).

SCFA such as acetic acid, citric acid, and lactic acid have been reported to have antimicrobial activity against E.coli in the intestine (Sinha, 1986).  The low pH of these products helps in the secretion of bile juices, absorption of nutrients and may reduce the concentration of pathogenic micro flora in gut.

The general hypothesis is, that the SCFA may be used in the colon to promote water and electrolyte absorption, just as glucose does in the small intestine (Desjeux, 2000), a situation required for diarrhoea treatment. 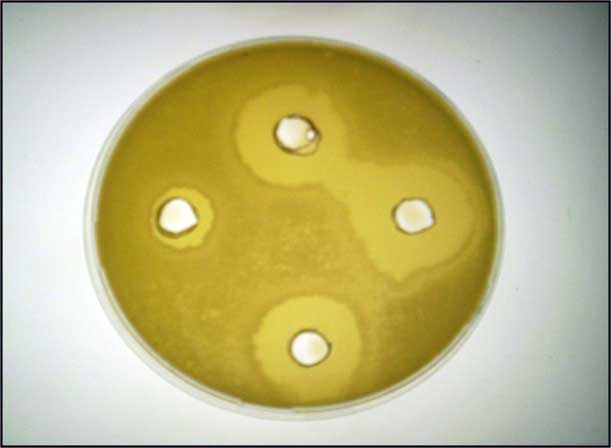 Plate 2: Antimicrobial activity of different Lactobacillus strains against V.cholerae. The diameter of the zones indicates the degree of inhibition. The cultures were obtained from National Collection of Dairy Cultures (NCDC) NDRI, India.

When pigs were reared on milk whey inoculated with a probiotic culture of Lactobacillus acidophilus and Kluvyeromyces fragilis an improved health status along with reduction in G.I. disorders was observed (Saara et al., 1986). Gritsenko et al., 1989 used L.acidophilus strain no. 43S for fermenting salty whey and found that the fermented salty whey had an antagonistic action against E.coli.

Over the past two decades, there has been a worldwide increase in the consumption of dairy products containing probiotic bacteria. Focus has generally been on incorporation of selected strains of Bifidobacterium spp. and Lactobacillus spp. into fermented dairy products. Although some attention has been directed towards the organoleptic characteristics of the product, most publications concerning probiotic bacteria have focused on the human health aspect. To succeed in promoting the consumption of functional probiotic products, the food industry has to satisfy the demands of the consumer.

Whey, appeals to health conscious consumers because it is low in calories, nutritious, thirst quenching and less acidic than fruit juices.

Because of high transportation costs and susceptibility to deterioration during storage, fresh pasteurized liquid whey is rarely used as such for foods, but rather is concentrated by evaporation, reverse osmosis, or ultrafiltration to condensed products or maximally concentrated by drying.

The inclusion of health promoting bacteria into whey induces unique flavour profiles and texture; and the major difference among products, apart from the amount and type of supplementation, is the specific organism used as a probiotic (Katz, 2001).

The cheapest method to obtain a whey based probiotic drink is to drain whey from cheese vats, filter it, pasteurized, and then ferment it with desired bacteria. Sweet whey obtained from rennet coagulation, is more suitable than acid whey. The use of deproteinised whey has the advantage that the resultant beverages are clear and not subject to sediment formation, and resemble soft drinks. However, the removal of whey protein lowers the protein content of the whey. In terms of appearance, whey drinks have high colour intensity, due to their semi-transparency. This way, whey drinks can be marketed as soft drinks and can be easily carbonated due to their low viscosity (Wilson and Temple, 2004).

Positive results were accomplished when a therapeutic soft drink using a probiotic culture of  Lactobacillus acidophilus was used in the prophylaxis of diarrhoea in children (Gandhi, 1989).

For widespread credibility amongst the scientific and clinical communities, products must contain speciated strains, sufficiently viable at end of shelf life, and with appropriate label claims (Reid et al, 2006).

Interest in the field of probiotics has increased in recent years, paralleling their renewed interest in treatments against diarrhoea Lactobacilli are potential target organisms due to their purported health promoting properties. Probiotic treatment appears to have value in treating diarrhoeal disease, but is unlikely to provide a solution on its own. Whey has the potential for developing formulations that show antagonistic features against pathogenic organisms in humans and for replenishing nutrients lost during episodes of diarrhoea. There appears to be advantages from combining probiotics, whey minerals and other whey components in treating diarrhoea in sick children.

Gupta, R. and Gandhi, D.N. (1995). Effect of some supplementation of some nutrients in whey on the production of lactic acid. Indian J. Dairy Sci., 48: 636-641.
Harper, W.J. (2000). Biological Properties of Whey Components. A Review. Chicago, IL: The American Dairy Products Institute.