You are here: Home » News » Are the major food retailers doing enough to protect public health during the flu epidemic?

Has the causal organism of the pink defect in cheese being identified at last?

Is Thermus thermophilus the causal agent of pinking in cheese?

“Pinking” the development of a red / pink colour in many cheese-types has been known for many years and has been the attention of significant research interest for decades. Much of this research has been inconclusive although some association with lactobacilli has been suggested.

Bacteria from the Deinococcus-Thermus grouping have the ability to produce carotenoid pigments and were suspected of involvement in the pinking phenomenon.

The authors' published some results of Raman Spectroscopy of pink areas from the defective cheeses (Figure 1) showing that the red and pinks areas associated with the defect corresponded to peaks of carotenoid compounds. 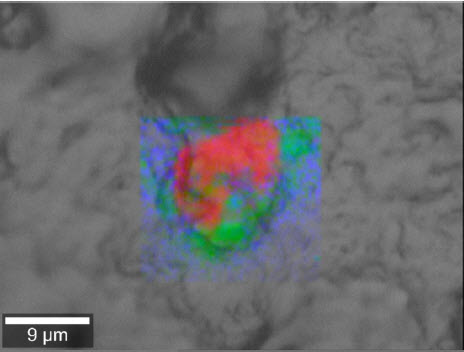 The authors isolated Thermus thermophilus, a Gram-negative, non-pathogenic thermophile, often found in hot water from the cheese.  I am not aware that T thermophilus has been identified in cheese before and is an unusual bacterium in many respects e.g. it has multiple copies of its genome that may help confer its extreme resistance to high temperatures. The concentration of T . thermophilus in cheese was surprisingly low, around 103 CFU/g on Castenholz medium.

It will be interesting to see if further studies of this defect using growth media can confirm that T . thermophilus is the sole causal agent of the pink / red colour defect.