You are here: Home » News » Sale of raw milk for direct consumption remains a risk to health

Despite global food standard agencies consistently advising consumers against the consumption of raw milk, demand for the sale of raw drinking milk (RDM) continues. Milk-borne pathogens are of public health concern because they can cause a range of diseases including bovine tuberculosis, brucellosis, Q-fever, campylobacteriosis, haemolytic-uremic syndrome, salmonellosis, listeriosis and tick-borne encephalitis. These illnesses may range in severity from mild diarrhoea to severe disease and even death.

Dr Giuseppe Aprea and Dr Michael Mullan (Aprea and Mullan, 2021) in a book chapter entitled “Raw milk: benefits and hazards”consider why some consumers, despite well-publicised information on health risks, continue to advocate drinking raw milk and discusses the natural indigenous antimicrobial and antiviral factors, beneficial bacteria in milk, the risks to consumers from RDM and how these might be mitigated.

The recent expansion in sales of RDM in the US and the UK  has been marked by a significant increase in milk-borne-illness.

While the absolute risk of food poisoning from raw milk is relatively low, the relative risk has been calculated to be some 800 times higher than from the consumption of pasteurised milk. The epidemiological data indicate that the young, the elderly, pregnant women, and the immunocompromised are particularly at risk from the consumption of raw milk. 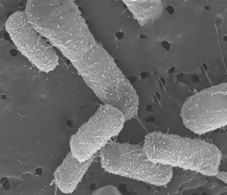 While a range of pathogens may potentially be present in raw milk, the data indicate that the major disease-causing pathogens recognised currently are Campylobacter spp., STEC and Salmonella spp. The risk of listeriosis is low from raw milk produced in countries with mature and well-developed dairy industries. Nevertheless, in some countries, there may still be a significant risk of contracting brucellosis or tuberculosis from RDM. The increasing evidence concerning the risks from certain viruses, protozoan parasites, and Mycobacterium avium subspecies paratuberculosis (MAP) is concerning. While the role of MAP in the aetiology of Crohn Disease (CD) is still controversial, recent studies have demonstrated how therapies targeting MAP could sustain the remission of CD, thus enforcing the potential link existing between MAP and this disease.

The decision to designate farmers who produce RDM as Food Business Operators (FBOs) in the UK, their requirement to have Food Safety Management Plans, and to test for pathogens are important recent developments in the sale of RDM in the UK. However, even under ideal conditions using an appropriate test and hold policy (dependent upon rapid tests for pathogens that can be undertaken at farm level and no sampling errors) there is still no effective control to prevent milk contaminated with a pathogen from going on sale. Furthermore, treating farmers as FBOs has inherent risks due to the small scale of most farm businesses and their lack of resources.

Except for some as yet unproven links to allergy prevention, there is no evidence that raw milk has any inherent health or nutritional benefits over pasteurised milk.

Statutory HTST pasteurisation has minimal detrimental effects on the antimicrobial factors in cow milk. The chapter provides links to free calculators on the Dairyscience and Food Technology website (www.dairyscience.info) that will enable readers to independently validate (using published models) the effects of various time/temperature combinations on the denaturation of the antimicrobial factors in milk.    The concentration of antimicrobial factors in cow and human milk is qualitatively different reflecting their likely different roles in human and cow neonates. Not only does this indicate that each milk type was designed for its particular species it explains the extensive humanising required of cow milk to make it suitable for feeding human infants.

RDM produced in the UK and EU generally has a low bacterial count and an insignificant number of potentially probiotic bacteria. It is ironic that the concentration of Bifidobacteria (potentially probiotic organisms) in raw milk is a good indicator of the concentration of faeces and thus the risk of pathogens being present. There is no evidence to suggest that raw milk alleviates lactose intolerance or protects against diabetes, osteoporosis, or arthritis.

Pasteurisation is a well-established and safe process that has minimal adverse effects on milk and provides a validated HACCP control point for eliminating the major disease-causing organisms including Campylobacter spp., STEC and Salmonella spp. that may be present in raw milk. Without this CCP it is clear that RDM consumption poses a real and unnecessary health risk because of its potential contamination with pathogenic bacteria. This justifies label warnings on RDM that alert buyers to the risks, especially for designated vulnerable groups.