Considerable effort has been devoted to modelling the growth of pathogenic and spoilage bacteria in food. This is referred to as predictive microbiology. Mathematical equations are used to describe the effect of environment, for example temperature, or in more complex models temperature, pH, available water (Aw) and other factors that affect microbial behaviour.

The advantages of modelling have been described in the article on "Modelling in Food Technology" including reducing the costs and time required in determining the safe shelf life of new products or in undertaking pathogen challenge testing. However, caution and scientific expertise are required e.g. the Food Safety Authority of Ireland (2012) has cautioned the food industry on the use of predictive models.

The purpose of this article and supporting material is to illustrate how published research in predictive microbiology can be used in practice. This is an area in which Food Science and Food Technology undergraduates sometimes find difficulty. Part of the difficulty may exist because the steps in the calculations involved are not usually presented.

Because of the critical importance of temperature early work attempted to modify the Arrhenius Law to describe microbial growth but this was either unsuccessful or the relationships derived were generally too complex for routine use. In a classic paper, Australian workers (Ratkowsky et al., 1982) proposed a relatively simple, two–factor empirical equation (equation 1) to describe the influence of temperature on microbial growth up to the maximum growth temperature of an organism, Tmax.  This is often called the square root model. 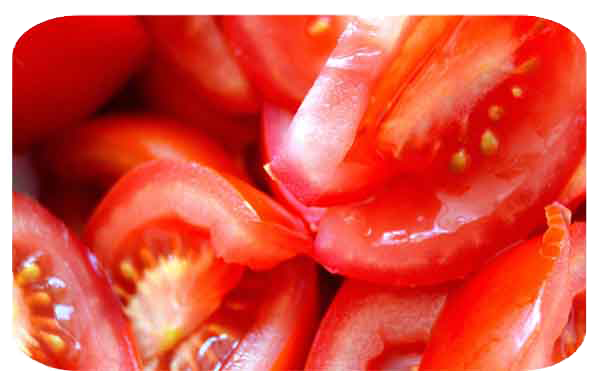 Knowing the growth rate constant of a microorganism and the equation describing its relationship with initial numbers and temperature up to Tmax it is possible to model its growth at a particular temperature and after a designated time.

How do you derive a growth equation?

Let’s take a model from the literature to illustrate how to predict the numbers of a pathogen on a food after a specified time.

A number of Salmonella species can grow rapidly on fresh cut tomatoes and as a consequence there have been numerous incidents of food poisoning in the US and Europe from the consumption of infected tomatoes. Refer to Valdez et. al. (2012) for a review.

Pan and Schaffner (2010) have published a Ratkowsky model to describe salmonella growth as a function of storage temperature (equation 2) using several Salmonella species that are all human pathogens on cut tomatoes at temperatures ranging from 10°C to 35°C.

We will use this equation to predict the final number of salmonella produced from an inoculum of 10 cells / gram after 5 hours incubation at 22°C.

Next the generation, or doubling time, is calculated. This is done by taking the reciprocal of the growth rate :

The numbers of generations that have taken place in 5 hours are next calculated.

Next we will calculate the number of salmonella that have been produced after 3.4 generations.

How accurate is this model?

The authors have indicated that the r2 value of the regression equation used to generate the specific growth rate was 0.9398. They also attempted to validate their work using the USDA Pathogen Modelling Program (PMP) and ComBase.

To complete this tutorial we will compare the prediction of salmonella growth using the equation derived by Pan and Schaffner (2010) with data obtained from ComBase.

To use ComBase registration is required. Uses  register OnLine at https://www.combase.cc . Registration is free and once registered, the user logs on using a password and their Email address.

In this example we select ComBase Predictor and the growth options from the navigation menu on the left are completed (Figure 2).

Numbers are entered as log10 values, so the Initial Level box is filled using 1. A value of 1 for Physical State was selected on the assumption that the cells added were fully active and in the early log phase. The pH (4.6) and Aw (0.997) values used reflect values reported for tomato puree (Jakobsen, 1983). Note the pH and Aw values for tomatoes vary, pH values within the range 4.2 to about 4.6 have been reported. Labuza (1984) has reported Aw values for fresh tomatoes as varying from 0.991-0.998 and a value of 0.993 for pulped tomatoes.

Using these settings I used ComBase to obtain the number of salmonella predicted after 5 hours incubation at the temperatures shown in Table 1.

* Based on an initial inoculum of 10 cells.

EU standard for salmonella in food.

The current European Standard for salmonella in foods requires their absence in a 25 gram sample (European Commission, 2005).

Before using this model do note the widely accepted microbiological standard that salmonella should be absent in 25 grams of food. This does not mean that salmonella is absent! It just means that in the sample or samples studied there were none detectable in 25 grams.

When using the calculator try inputting 1 cell in say 1 kg of tomatoes and see what happens. You can also use 0.1 and lower numbers to simulate say 1 cell in 10 kg of tomatoes or lower. So, you can explore the consequences of temperature abuse over extended periods of time on tomatoes with low levels of initial microbial contamination.

The calculator was written in the Active Server Pages (ASP), also known as Classic ASP or ASP Classic, programming language.  ASP is easy to learn and users can view the code and download the scripts for use either on their own PCs (you may need to install the free IIS or PWS components on your PC) or institution's Windows server. The coding in the scripts can easily be converted to PHP if required.

Mathematical models are very useful as discussed in the introduction, but some have certain limitations and often do not allow for the complex interactions that can occur in foods. Many models use broth or other media rather than foods as the modelling substrate and the results obtained require qualification and expert interpretation see for example Food Safety Authority of Ireland (2012).

I acknowledge helpful discussions with Professors Margaret Patterson and Donald Schaffner on predictive microbiology during the preparation of this tutorial. Any errors in this article are the responsibility of the author entirely.